REASONS AND EFFECTS OF DIVORCE.

DIVORCE (THE MODERN DAY HORROR)
In today’s era, divorce is quite common and many marriages end in divorce typically between the fourth and the seventh year of marriage. Below are some of the most common causes of divorce amongst modern day marriages.

Infidelity is the most obvious cause for divorce. When one partner in a marriage is unfaithful, it is an outright call for divorce. This however may not be that much an obvious case in some typical African families where men are convinced they have the right to be unfaithful and women are so determined to keep their families together that they are willing to survive the dishonor placed onto them by their husbands through infidelity. However, in the most obvious of cases, infidelity is an obvious high way to divorce.

Inequality in responsibility is another call for divorce. Marriages often fall apart when one partner feels so burdened by responsibility and they feel that they are not getting that much needed support from their significant other. The failure to define responsibility often ends in divorce.

Poor communication is another cause of divorce. When a couple fails to articulate to each other their different needs, then the marriage is bound for rough waters. Effective communication is vital in marriage. But if a couple can only communicate through silence, fights and bickering, the end result is divorce.

Domestic violence also usually ends in divorce. No one can endure being battered forever, no one can stand constant abuse for so long. So when in a marriage one partner starts abusing or physically assaulting the other, the marriage is obviously doomed to fail.

Finances. This is also a major cause of divorce in modern day marriages. The failure to agree about finances usually elevates trouble in marriage. For instance; if one partner is a big spender and another is a very big saver, the marriage is headed to the rocks if the partners cannot reach a compromise about finances. Or if one partner earns a lot more than the other. The one earning more may feel so exploited by the one earning less and so call it quits.

Constant arguing is also a popular cause of divorce with in modern day marriages. Arguments over simple silly things like chores, kids and so can cost you your marriage. Arguments tend to become the mode of communication which over time becomes exhausting and makes you feel like it is pointless talking things over because suddenly the wrongs seem too much for you to work over. And you become tired of fighting and walk away.

Weight gain most commonly from child bearing can end in divorce too. With weight gain often times comes stretch marks. This makes the other partner less attracted or even outright disgusted by their significant other’s appearance hence divorce. On the other hand, it can be the partner than gains the extra weight that loses their esteem and become depressed, whining and complaining all the time about everything. This can put a strain on the marriage and therefore end in divorce.

Lack of intimacy is another major cause of divorce in modern day marriages. Sex in a marriage is so very important. It helps the couple bond and stay connected to each other. But intimacy is more than just sex. It is love. It is that thing that will help a couple stand the test of time. Simple things like holding hands, little kisses there and here, breakfast in bed occasionally, to mention but a few. The things couples do when they just started dating. Do not let your marriage go stale. Keep intimate because not doing so could cost you your marriage.

The difference in priorities and interests between couples is another cause of divorce in the modern day era marriages. When couples do not have enough in common, it becomes exceedingly hard to stay together over time because they do not know how to stay connected when they have absolutely different interests. They start being bored with each other which most often ends in divorce.

Total absorption into parental roles also causes divorce. Married people often change once they become parents. They get lost into being parents that they completely forget about being husband and wife. This causes problems because then they are basically roommates raising kids. After their children leave home and start lives their own, these people have nothing left in common to keep them together.

The lack of personal identity also beaks marriages. Being too needy of your significant other can also lead to divorce. Sometimes in marriage, partners tend to lose themselves into their marriage that they do not have any sort of life other than what they share with their significant other. This can lead to possessiveness and divorce in the long run.

Unfulfilled promises can break marriages. In marriage, when there is a long string of empty promises, it can lead to mistrust or lack of faith in each other hence divorce. So whatever the situation, always try to be honest and not promise what you are not sure you will do.

Substance abuse also leads to divorce. Abuse of alcohol or drug causes lots of issues in a marriage for instance substance abuse can cause domestic violence, negligence of family, recklessness about your responsibility is in a marriage which often times ends in divorce.

Health issues can be a ground for divorce. For instance, if one partner is faced with a life threatening disease like AIDS, cancer etc. Some partners may be unwilling to stick around, probably because of the stigma attached to such diseases or because of the stress that comes with them.

Marriages break when partners are not ready for marriage. For example, getting married young, some people do not entirely understand what they are getting into. In this modern day era, lots of youth are getting married just because they are, “high school sweethearts” or “the coolest couple in college”. They do not entirely understand what the purpose of marriage is. For the most part, these marriages are bound to fail, so marry for the right reason when you are ready to do so. And marry who you really love.

With that said, let us look at a few effects of divorce on the involved partners and the children in their families.

Change in economic status often times happens as an immediate aftermath of divorce. When a couple divorces, usually there is split of finances and in most cases the lower earning partner is faced by even lower finances. For instance, in situations where the wife is a stay at home mother and the husband is sole provider, after divorce, the wife is bound for trouble because setting up a career or finding a job does not happen overnight yet the bills and needs do not halt coming in.

Misery and depression sometimes set in right away after divorce or at least on side of one parent. In cases of divorce because of infidelity, the party that was unfaithful may not feel the consequences of divorce that much because they already have someone to lean on and pick up on a different life unlike the victim that was cheated on. The victim partner is left hurting from an unfaithful partner, from a broken family, in case of children, the victim is faced with questions that are not that easy to answer to the kids about why the other parent had to leave.

Strained relationships with the kids always results in the face of divorce. For couples with children, it is always difficult when divorce strikes. Children want their families together. It is always a tough time in their lives when their parents divorce. It is so hard for them to understand and accept their parents divorce. There can be an exception to that only in very limited cases for example, in cases where there is domestic abuse. In families where for instance, the husband constantly assaults the wife before the children, or even assaults the children too, then children are actually happy to leave the abuse hence may not mind the divorce. But in most other cases, children will not trust their parents that much after a divorce. They may also become bitter and angry, blaming their parents for the divorce which eventually strains their relationships with their parents.

The support children get after divorce is also so much less than while their parents are married. Children with single parents get less financial, emotional and physical support. A single parent cannot offer the same support that the children were accustomed to while their parents were married. Financially, it becomes hard because financial stand changes with divorce. Emotionally, when parents are emotionally connected, the children feel secure and receive all the necessary emotion support as they need it. This is not the case once the parents divorce. The children feel lost often times when their parents divorce. Children may start to feel like their parents do not care. In some cases, children may completely shut out or even cut off all ties with one parent. They may stop sharing their problems and challenges with their parents because they may feel that their parents do not care enough.

Divorce is a tough time for everyone especially the children involved. But sometimes divorce is what is good for everyone when the damage is too big to be fixed for example, in marriages facing physical domestic violence. In such cases, then divorce is the only way to go.
Children would rather be from a broken home, than live in a broken home. It is absolutely dangerous to leave kids exposed to domestic violence because that is how you create future abusers and batterers.

Other than that, it is absolutely tough for the children to deal with their parent’s divorce. Often times it is an emotional wreck for them. They cannot wrap their heads around why their parents could not work through their differences and keep their family together. They are buried in shame and even self blame sometimes. They may feel like the did not do enough to prevent the divorce from happening. That is a very destructive mindset for them.
It is crucial for couples to think about how their divorce will affect their children. Couples need to try and work through their differences and even seek marital therapy if necessary to save their marriages and families from the heartache that is divorce!

READ NEXT
HOW TO SURVIVE THE TERRIBLE TWOS

WHY YOU SHOULD CONSIDER GETTING YOU A PET

Joana is a mom to girls, young wife, an entrepreneur, lover of life with a big thirst for growth! 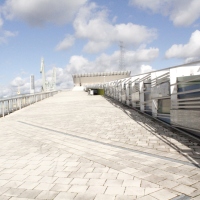 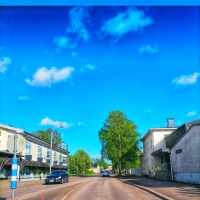 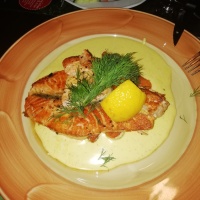